How Do We Know Stuff

Prove There Is No God 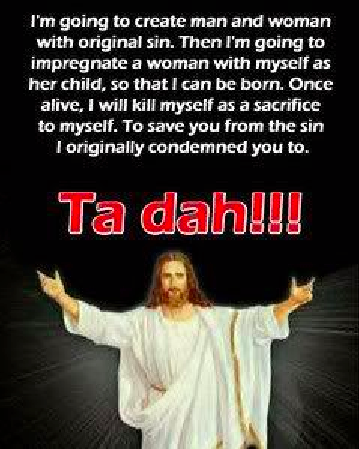 No, The Bible Made Me An Atheist

Recently a knock came at my door. It was a pastor from a local church who was 105 if he was a day. He was bent over and time had not been kind to his face and hands. He handed me a tract and told me how I had a lovely house. As a former minister I recognized that pattern. Compliment first. So, he eventually got to "Are you a member of a faith based church?", thus excluding them apostate Catholic and Prevyterians who don't believe in the real god as he does. I told him straight up "I'm an atheist.". I could see his demeanor change immediately like he had some dust to shake off his feet and very soon.

Before I could say anything else he said "Oh, you believe in evolution".  Hmmm.. "Well, the evidence seems pretty strong."  He retorted "We got to have gotten here somehow", as if that completely destroyed the theory of evolution. He was done with me and turned to go down the steps. I was concerned he might stumble so I helped him down the steps and the he went on his way.  I suspect he later prayed for my soul.

Later as I pondered this I felt he was dismissive and sized me up that I fell from grace because of evolution. I started to consider going and visited him at the church and clear up what I felt was a misconception about me. Evolution had absolutely nothing to do with my de-conversion. It never hit my radar until years later.

Why had I become an atheist?

Growing up I had been guilted into believing Fundamental Christianity, Seventh-day Adventism in particular. I don't believe anyone comes to Jesus any other way. Why would you? You are first told you are this horrible sinner and being young, especially entering puberty, this can be preyed on.  Even younger you are so dependent and learning the rules you can be easily convinced you are the problem. Then when you accept this and are told now God loves you, like Santa Claus, you will get many gifts. Then you feel elation. Who came to Jesus any other way? It is strictly feelings. We are not entirely rational and most of our decisions are emotionally driven. Christianity takes advantage of that.

Life went on. I went to college, became a minister. Of course the only thing I had was Scripture. I thought the more I read it and the more I followed it the better person I would be. But I found myself reading text that made no sense or did not coincide with reality. Why did all those magical things happen then, but not now? I would sub-consciously bypass these things because I had been told more would be revealed, but within me there was a build up how many of these just won't be resolved. A perfect god, a perfect book. Why was it so much looking like humans wrote it without a whole lot of internal consistency. I start reading all the apologetic material and again found it unsatisfying. However, when I was questioned I would regurgitate the arguments pretending I believed them when I did not. Fake til you make it. I believe Lord, help my disbelief. The problem was I could not let it go. I felt it was very important to resolve this cognitive dissonance. On top of just getting why SDAs were right I had to get why the thousands of other denominations and religions were wrong. It was a house of cards, soon to fall. It would have been best if I had not studied. The foundation of guilt loaded on me and the desire to deeply understand Scripture and apologetics was the major first step to my de-conversion.

I wish I had of thought faster when the pastor came to my door. This is what I would have told him among many other things. My expectation would be he would have pulled out the pat answers and since he was 105 any honest thought would have been crushed. It was very painful for me to come out of the crushing guilt, but I am now very comfortable in my own skin.  Be yourself!

Does God Speak To Man 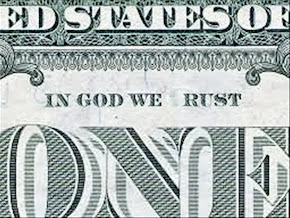